The Blue Bonnet Music Company and the making of an American memory, the “Westphalia Waltz.”

Small and independently owned record companies flourished with the boom in country music after World War II. The contacts, techniques and equipment that juke-box and slot machine operators had acquired prepared these hard- scrabble entrepreneurs for unexpected new roles as they built record companies and launched the careers of singers and bands, many of whom recorded the same music that they had been performing in honky-tonks and at local events.

In Dallas, Texas, Herb Rippa’s Blue Bonnet Music Company typified the home-grown approach to making a record company. Today, I’ll present clips from my interview with Rippa’s son, Herb Rippa Jr, of San Antonio, TX, and Garland DeLamar, of Waco. The younger Rippa graciously shared memories, photos, and disks from his father’s company during our interviews and meetings in San Antonio as I was researching the story of the Westphalia Waltz. Garland DeLamar, whom I interviewed in Waco several times between 2006 and 2009, has provided much material for Bear Family Records and other music researchers. Virtually everything he told me in Waco has checked out well with alternative sources.

To provide some additional context for the senior Rippa and his company, I’ll compare and contrast his work with that of Charlie Fitch, owner and founder of Sarg Records, a small independent record company in Luling, Texas, 43 miles south of Austin. Sarg Records existed from 1953 until 2006, and recorded and released music in many of the genres popular in south Texas. Sarg was the principal record company for Adolph Hofner during his long career as a Country and Czech music band leader.

I visited Fitch’s home and office/store in May 2007, and his son Ben provided me with an old catalog of the company’s singles and LP’s, along with disks and memories. I’ve communicated with the editor and directors of “Sgt. Fitch: The Legacy of Sarg Records,” a one- hour-long documentary about Fitch and his record company. “Sgt. Fitch” was shown on PBS, but is not currently available for purchase.

*Ask if anybody has info about Sarg Records, Adolph Hofner, or the film*

Arriving in Dallas in the mid 1930’s, Rippa developed a keen sense of the local communities’ musical tastes as he made weekly rounds maintaining his jukeboxes.

He realized that he could make more money if he sold his own records instead of buying them from jobbers in Dallas, and decided to form a record company and manufacture and distribute his own product.

In 1946 he heard the Lone Star Playboys, a hillbilly string band in Waco, playing a local favorite that they were calling the “Westphalia Waltz.” Rippa heard a potential hit for the Germans, Czechs, Poles, and other European-Texans who frequented south Texas honky-tonks, and decided to record and release the tune on his new label, “The Blue Bonnet Music Company,” the name he’d been using for his juke box business.

Working with Modern Records’ Bahari brothers, who were based in California, Rippa’s Blue Bonnet Music Company obtained distribution around south Texas. As the “B” side of their recording of “Jole Blon,” the Lone Star Playboys featured the “Westphalia Waltz” on their daily lunchtime broadcasts on WACO-Radio and at gigs all over the region. Soon, Rippa’s hunch paid off, and he was ordering more and more copies of the 78. The following year, both Columbia and Capitol released covers of the “Westphalia Waltz,” crediting the Lone Star Playboys’ fiddler Cotton Collins as composer. Columbia released Floyd Tillman’s instrumental recording, placing it as the “B” side of his “Houston Waltz.” The same year, producer/ musician Cliffie Stone included the “Westphalia Waltz” in an album of square dance music. The “big bang” for the tune, however, wouldn’t happen until 1955, when Waco native Hank Thompson, at the height of his career, and distributed and promoted by the much larger and wealthier Capitol Records, released the tune, and brought Rippa’s discovery to a national audience.

Today, I’ll show excerpts from video interviews with people who provided much information about the Blue Bonnet Music Company.

** First, to provide a bit of context, I’ll show an interview with music historian Bill C. Malone, in which he discusses the huge boom in country music that fueled the tune’s jump to national popularity.
**(Show Bill Malone (Chapter3, 2:15, from W2W)

** Next, I’ll play the first chapter from my film “The Waltz to Westphalia” to show you the importance of the “Blue Bonnet Music Company” in the making of this fiddle classic.
**(Show BlueBonnet (Chapter1, 6:04)

In 2006, as part of a series of American fiddle tunes’ histories, I began researching the background of a popular American fiddle waltz, “The Westphalia Waltz.” Early in my research, I learned that the tune was copyrighted in 1946 by a Texas fiddler and released on a small Texas label, the Blue Bonnet Music Company. Thinking that this was probably a 20th century story, I determined to get to the bottom of it as quickly as I could, as principals in the story (or their immediate descendants) might still be alive and be able to share interviews, photos, and perhaps memorabilia.

I found out that the man who had copyrighted the “Westphalia Waltz,” Cotton Collins, had lived in Waco, TX, and played in that area with the band the Lone Star Playboys in the years just before and after World War II. In 2006, I attended an annual reunion of his family in Taylor, TX, near Austin, and met and interviewed many of his family members, including his son Bill, his daughter Sandy, and his brother and twin-fiddling partner Walter Collins. (Cotton Collins died in 1989.)

I also learned that Polish-Texans in Bremond, TX, less than 50 miles from Waco, had been playing the tune since long before Collins’ 1946 copyright, and knew it as “Pytala Sie Pani.” During the Great Depression, many of the rural Texas Poles went to Chicago in search of work. The best fiddler in Bremond, Steve Okonski, was one of those, and he brought the popular Polish song back to Texas with him. Waco, Bremond, and Westphalia, Texas are all in a small, 35-mile triangle; Okonski’s Polish band and the Lone Star Playboys were aware of each other, and even played at least one “battle dance,” where they alternated sets in a single venue, according to a Polish guitar player who worked with Okonski. Polish -Texans still refer to the “Westphalia Waltz” by its Polish name “Pytala Sie Pani,” and feel cheated that “their” tune was usurped and made famous by country musicians.

Various residents of Westphalia, TX, claimed to have suggested their town’s name to Collins as a name for the tune, which they believed he had written. (Hence began the long and confusing myth that the tune was German.)

The film also explores the tune’s life in the United States as in important part of Polish-American culture. I interviewed the grandson of the lead trumpet player on the 1930 Victor recording, and interviewed the son of a Polish immigrant coal miner from the Allegheny Mountains of Pennsylvania. In Wisconsin, I interviewed urban folk musicians who are aware of both identities for the tune, and found a rural Polish band in the north who was unaware of the name “Westphalia.” 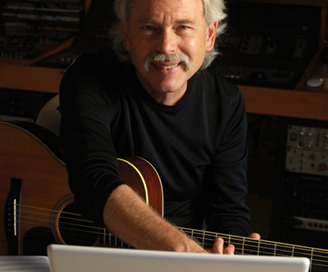 Joe Weed is a fiddler, recording artist, writer, and producer. He has released six albums of his own. His music productions have been used by Ken Burns, PBS, NPR, the Martin Guitar Company, and at Arlington National Cemetery. Joe has composed music for film scores at The Lincoln Museum, the National Steinbeck Center, and many others. He has written fiddle tunes that are played at contra dances, festivals, and jam sessions across the country.