INFLUENCES IN MY LIFE AND MUSIC


I grew up with music in the home. As a youngster in Dekalb, Illinois, I stood in awe of the two massive music cabinets that my dad installed in the living room. One held the record player and the radio, and the other a speaker. Gilbert and Sullivan’s theatrical pieces, Tom Leher’s irreverent and saucy commentary, symphonies, big band, European café music, and occasionally pop tunes filled our little two-story house that my dad had painted fire engine red.

When I was in second grade, our family crossed the Great Plains in our Ford station wagon and made our home in San Jose. The burgeoning Santa Clara Valley was building schools at a furious rate. We new arrivals believed strongly that music programs were important to the students and community. I wanted to play trumpet. My folks were aghast. “It’ll ruin your teeth.” They left out the “loud” part. “Try violin. You’ll like it.” So I borrowed a 3/4 size instrument from Steindorf School and started weekly lessons with Joe Faruggio using “A Tune a Day, volume 1.” Mr. Faruggio was an encouraging and helpful teacher, just embarking on a long career that would include playing flute for the San Jose Symphony. He helped me navigate around the written page and pull squawky notes from that pretty fiddle. I loved the smell of the rosin.

Mr. Faruggio remained my main teacher throughout elementary school. He confided to me that he wasn’t really a violinist, but enjoyed the work, anyway. I could tell he wasn’t kidding, and I swelled with pride when he complimented me. I began to realize that playing violin was like singing inside your head. I was making the connections between thought and fingers that are as necessary for musicians as is thinking in a new language for a language student.

One summer, bored and listless, I told my parents that I was ready to quit violin. I was tired of hauling it around, of kids laughing at me for playing such a dorky instrument, and of having to practice. Mom and Dad gave me the standard reminder that I’d be missing a *golden opportunity.* I slinked off and started playing tunes by ear in my bedroom. The boredom evaporated as I sawed away on traditional American tunes, Stephen Foster, and simplified themes from classics.

At Dartmouth Junior High, Larry Sampson was equally encouraging as he broadened the musical horizons of his small string ensemble. He took us to some county- and state-wide string group competitions, and I thrilled to the power and emotion of playing a Haydn Mass with a hundred other players. Mr. Sampson made music-making a part of music-learning. He put together many different groups for concerts, and parents applauded lustily at our Christmas, Easter, and other shows. I began to take an interest in the playing of one of my class mates, who took private lessons from her neighbor, Jess Russell. I pestered my parents, and finally, during my first year of high school, they found a way to stretch a professor’s salary to include my weekly lessons with Mr. Russell.

I don’t know if it was because of his uncanny ability to size up what a kid needed, or because at the end of a day of teaching he was too tired to dwell on details of finger placement and neck angle, but Mr. Russell inspired in me a need to find the feeling, the emotion, the message in a piece of music and use my developing skills to evoke that feeling in myself and in the listener. His lessons would always go long, and we’d talk about life and growing up and music and instruments. I was in heaven.

During my middle school and high school years I developed a strong affinity for traditional music. I saw at Dartmouth that the kids with guitars drew the crowds, and, wanting to be part of that scene, I asked for a guitar. My parents blanched. I somehow convinced Mom to get me an acoustic guitar for Christmas. The parents were terrified. I promised not to head down the road of rock and roll, nor join the outcasts in blue jackets and levi's, loud cars and anti-parental adolescent rebellion.

So I dove into the Nick Manoloff instruction book that came with the Montgomery Wards guitar. The book taught the fundamentals of music theory along with sight reading, and I slowly and unknowingly became an oddity -- a guitar player who reads music. I learned to play new material in all keys, a challenge issued by my left brain to my right.

That guitar, though dreadful, became my solace. At night I played from the book. Then I would close it and try to figure out melodies and chords for my favorite tunes as I listened to my tiny transistor radio, which I suspended over a metal waste basket in order to increase the bass. When friends came over, I discovered that I could play chords along with them, and we could play and sing together, which gave a completely new and exciting dimension to playing guitar. I loved it. Friends would suggest tunes that I didn't know, so I was forced to dig in and try to figure out chords. This was frustrating at the time, but was good ear training. Songs would range from pop hits that our favorite AM radio stations played to "folk music" from radio and television shows like "Hootenanny." In my suburban west San Jose home, there was very little opportunity to hear non-commercial roots music from previous generations, but I found myself gravitating towards rougher edges and simpler sounds, especially seeking out acoustic guitar parts. My dad took me to some concerts that I still remember vividly: performances by Spanish guitarists Sabicas and Carlos Montoya (flamenco) and Andres Segovia (classical), and trumpeter Rafael Mendes.

While I had to put the fiddle away during college, the guitar remained my second voice. Then, as I was completing finals at SJSU (Political Science and Spanish), friends Dale and Marilyn Barcellos invited me to join their band, “Childhood’s End.” Dale was a visionary who inspired everybody with his dreams of new sounds and music. I signed on as fiddler/guitarist, and worked up a few fiddle tunes from my “Homer and the Barnstormers” LP, including Arkansas Traveler and Fire on the Mountain. Then I met Beverly Smith and Bruce Bowers at the Santa Clara Valley Old Time Fiddlers’ Association jams. We quickly became fast friends. Beverly was deeply interested in old-time music, and Bruce was a gifted fiddler from southern Texas. We shared tunes and old records. These friendships blossomed, and arranging, music-writing, and performance opportunities grew as we formed bands and eventually played all over the western US.

In the late 70’s, as I tired of the lack of equity in touring and working long hours for low pay, I decided to settle in the Bay Area. I soon met my wife, Marti Kendall, and there began the real inspiration for a life-long career in music. Marti’s constant encouragement and support have enabled me to focus and concentrate on composition, practice, study, and production that have cracked opened a few doors to a national audience and a rewarding career.

I hope this overview of my own music history can provide some reminders to music teachers of how important their encouragement is, and might prompt students to seek mentors who inspire them.

Joe Weed records acoustic music at his Highland Studios near Los Gatos, California. He has released six albums of his own, produced many projects for independent artists and labels, and does sound tracks for film, TV and museums. He recently worked on the PBS film “Andrew Jackson,” which premiered nationally on January 2, 2008. Reach Joe by calling (408) 655-2485, by email at joe@joeweed.com, or by visiting joeweed.com. 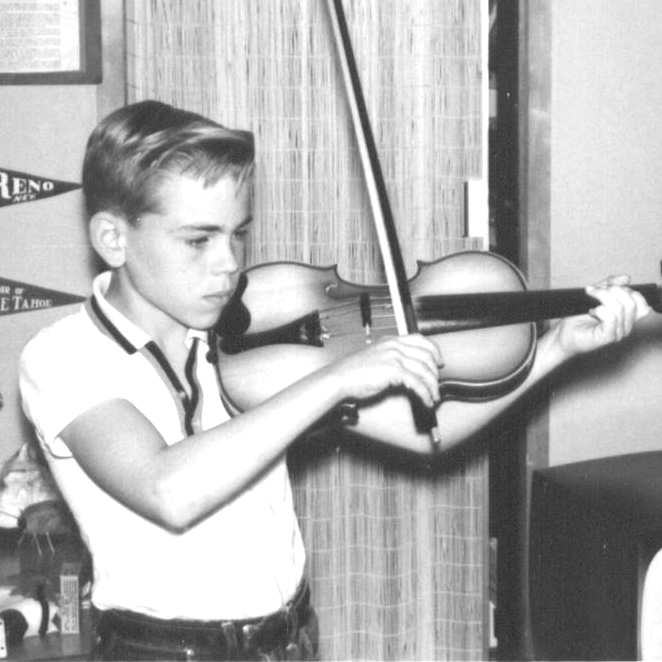 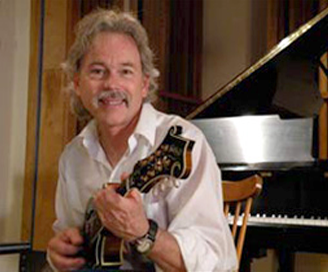 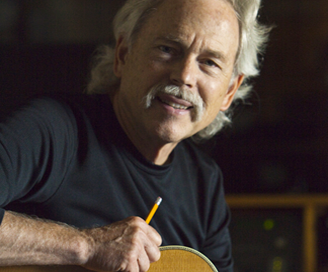 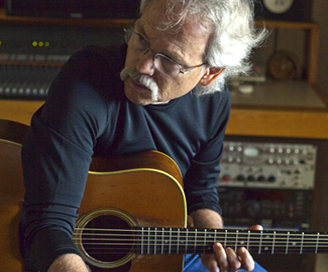