Two Steps West of the Mississippi


Two-Steps - For many years, I have loved playing two-steps at country dance halls. These tunes provide a mellow groove that allows couples the freedom to express their individuality while following a common beat.

West - I learned to fiddle in California, starting with a violin provided by my school music program. Texans, Okies and Arkies who had moved to California were my main fiddling influences. The life and dance in their music appealed to me, and I learned their tunes and styles. Eventually, I became a touring musician, played country music in dance bands, and met musicians all over the west. I settled in California, became a music producer and found a way to make my own music from the roots I've come to love. (continued below)

Mississippi - As a young boy I lived in Delkalb, Illinois, a small college and corn town on the Kishwaukee River west of Chicago. In the summer I caught frogs, tadpoles and turtles in the Kishwaukee, and in the winter I skated on its frozen ice. My fascination with the Mississippi began when the Kishwaukee flooded our neighbors out. I learned that an even greater river lay just to the west, bigger than I could imagine. Rivers captured my romantic imagination, and their inspiration stayed with me even after my family crossed the Great Plains in our Ford station wagon and moved to California.

In the 1990’s my wife, our two children and I hired Captain Bob Schleicher to pilot us up the Mississippi in his trawler, a converted gulf shrimper. We pushed slowly northward for 900 miles, from Kimmswick, Missouri to St. Paul, Minnesota. We took a month to do it, stopping at almost every river town. We all loved it, especially me.

So here I give you my two-steps, with a few waltzes, hymns and polkas. This is what it sounds like inside my head.

Thanks, Katie, for the title. 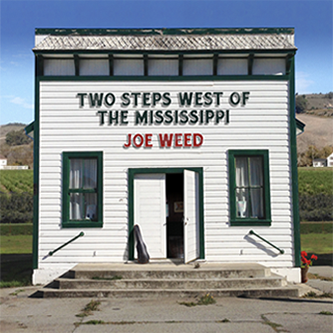 A collection of Joe's original music based on his western fiddling roots and composed with a look at places he's traveled and films he's scored. 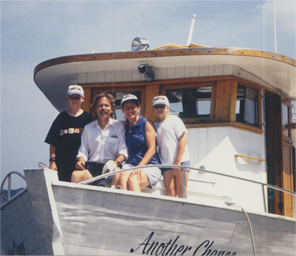